So what exactly is meant by the ‘Core Loop’ and why is it so important?

The core loop is essentially the very heartbeat of your game. It is a series or chain of actions that is repeated over and over as the primary flow your players experience.

So let’s take a city builder as an example. I have to earn coins to craft various items and only once I’ve crafted my items, does my Town grow. I then rinse and repeat this process and my Town becomes a City. I want a City full of nice new buildings, so I complete the loop and I get my reward. It’s the core essence of why we return to play games over and over again.

Let’s take a look at a couple more examples.

Now I’m sure you’ve heard of Clash of Clans or played it at some time.

Collect Coins & Elixir :  Build your clan/settlement :  Expand your Troops & battle to win more coins/elixir. This goes around and rinses and repeats, but the aim stays the same, Collect / Build / Expand. 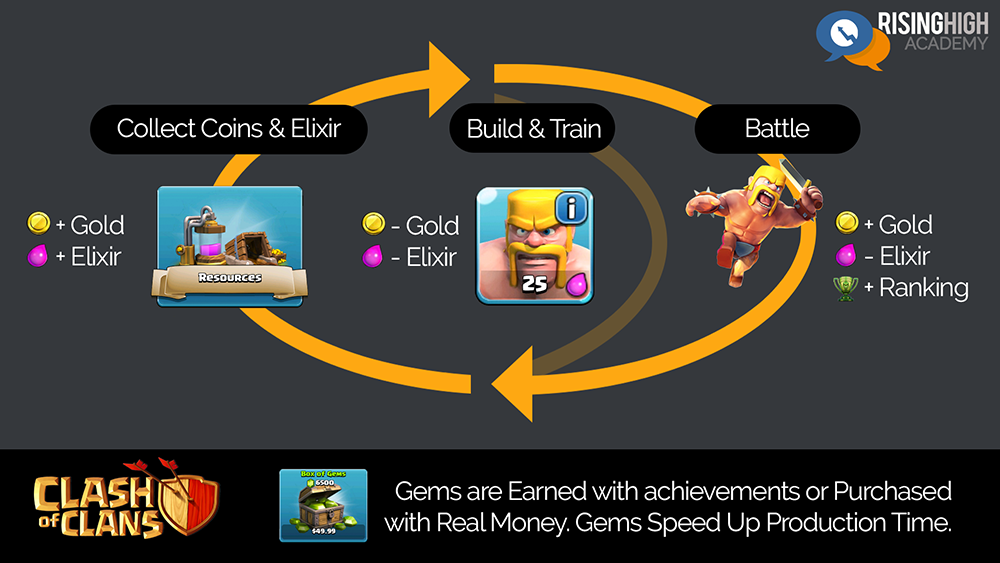 Of course, there is an absolute ton of other stuff that goes on in within the game, but this is the core loop, the base from which it all works around. A genius game that has thousands of followers all over the world.

Now, clearly, Clash of Clans is a super complicated game under the bonnet, and most casual games don’t come remotely close in terms of complexity, although they hold the same game loop theory.

So let’s take a look of what a casual game core could look like, and let’s use Ketchapps Stack as an example. 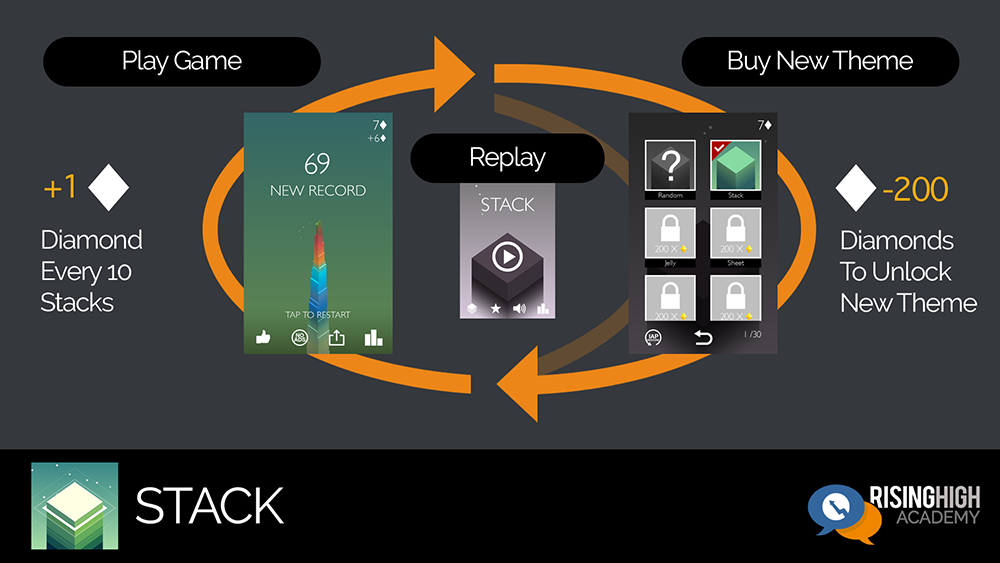 So as you can see, it’s not hugely different from Clash of Clans in essence, slightly more basic of course, but these loops are present in every game you’ll see.

So why is this important to you?

Your core loop is essentially the very heartbeat of your game. Once you have firmly settled on this core loop, you can start to expand on this and also ensure that your gameplay doesn’t deviate too much from the actual purpose of the game itself.

In short, it’ll keep you in check so the majority of things you add to your game will stay true to this loop. Once you have this solid foundation, you can start to think about your game structure.

So the base to any game will work something like this :

The Actions in your game.

The Rewards the players receive.

Or simply looked at from a players point of view, your core loop will be :

What do I collect/do : What are my rewards : How do I progress?

What about the Game Story?

Well, I’m pretty sure many would not clump these 2 fundamentals together in one post, and there’s certainly arguments for not doing so, but as we’re focussing really on casual mobile games, rather than traditional console or PC games, stories are often non-existent. They’re just really not applicable for casual phone games.

When we look at most of the top casual games on the App Stores, a huge majority of them are high score chasers. If they are not high score chasers, then most likely they are level based or stage based, so, for me, the story actually is the core loop itself.

Once you understand the core loop and the critical part it plays in the designing of your game, you’ll have a super solid base around which to build your project. If well designed, your core loop will invoke a sense of achievement, engagement and keep your players motivated and challenged with layers of difficulty added as your game progresses.

This is the essence of great game design. 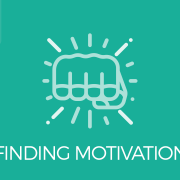 018: Top 5 Hacks to Stay Motivated When Building Your Games. 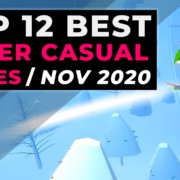 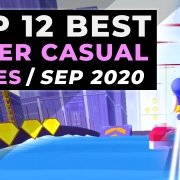 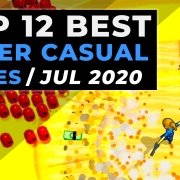 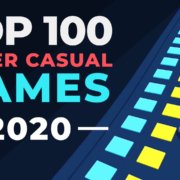 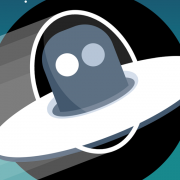 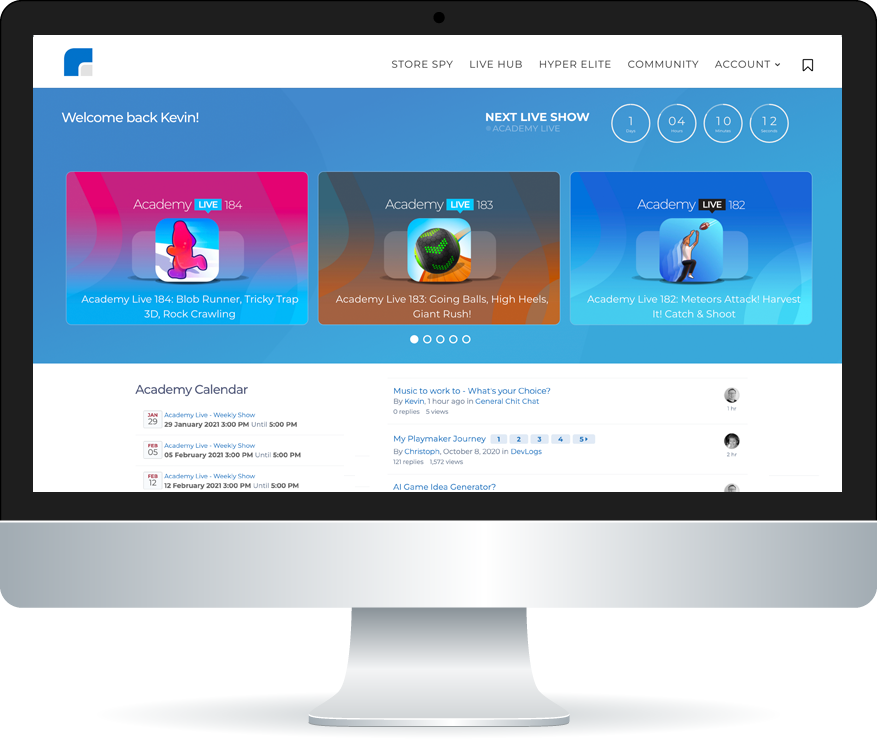